We all love dogs for multiple reasons. They are really adorable, obviously, but also because they are very loyal companions.

While this sweet dog has both descriptions, that’s not the reason why the internet fell in love with him. The reason is that he has a special talent, similar to his owners’ loved singer.

Meet the rescue dog Buddy Mercury, who is named after Queen’s very own Freddy Mercury. He resides in Ronkonkoma, Long Island, together with his owners, Glen and Laurie Wolfe, and his little sister, Eve. Buddy also likes “playing” piano. 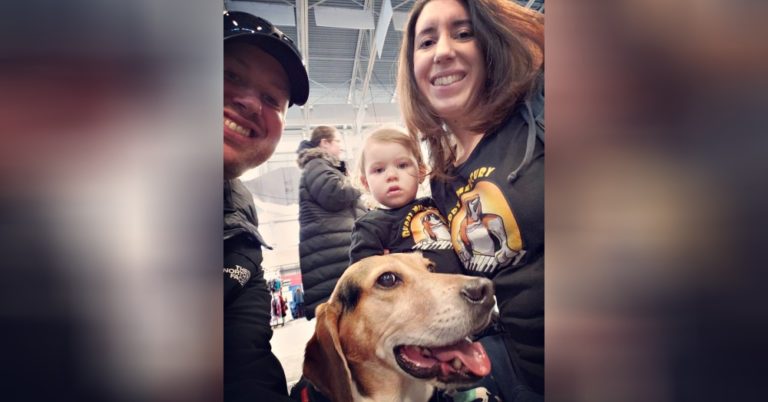 When his owners first took him home, they saw something interesting about Buddy. He was interested in the piano and after some time, started standing up on his hind legs and “played” the piano by pressing random keys. After that, he’d tilt his head back and start howling along with the notes. Glen and Laurie swear that they didn’t teach him to do this. This was all him. 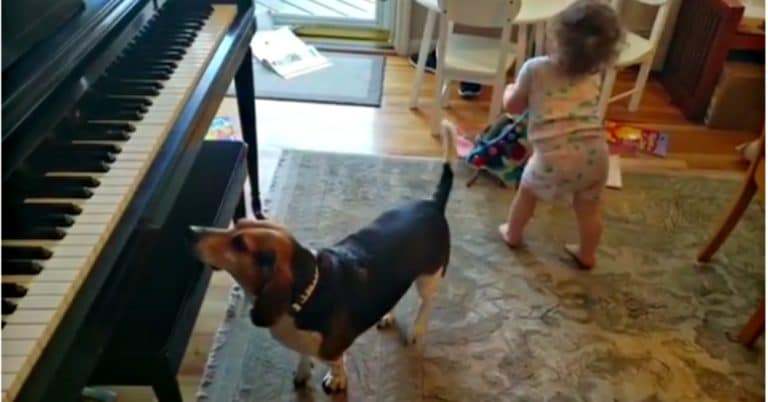 They got a kick out of Buddy’s antics and began sharing videos of him on the internet, where he became an internet sensation. His cute concerts brought many smiles to people, especially when his “backup dancer” comes in.

In one of his most popular uploads, Eve can be seen holding a miniature guitar and bumping her little hips side to side while her canine brother tapped the keys and howled his heart out. 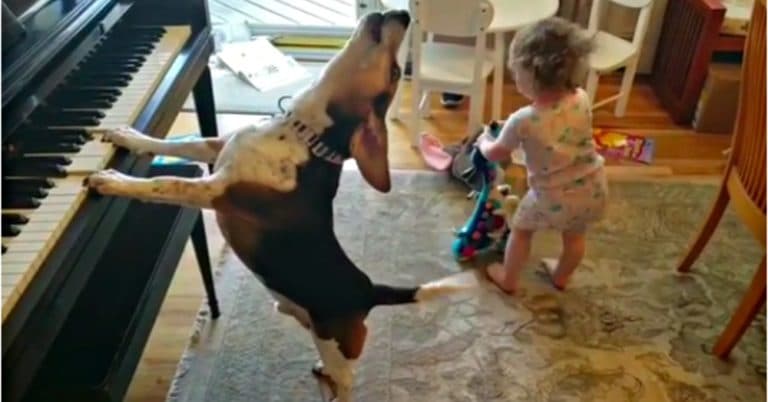 If you are similar to us, you wouldn’t get tired of watching them jam all day long. That’s what Buddy’s parents want, but they don’t want it to become famous. They’re hoping that Buddy’s videos will raise awareness for all animals that deserve good homes.

Laurie said that they want and hope that more and more animals will be rescued, they said that there is only so much room in their home.

A lot of individuals are using service dogs now for …

Good news and heartwarming stories we see and read online …

We invite you to smile, laugh and cry daily as we search the internet for the best Dog stories and videos.

Our website is made possible by displaying online advertisements to our visitors. Please consider supporting us by disabling your ad blocker.